by Sakura
I'm supervisor of three testers. The team writes a very large application and most programmers hate writing tests because you cannot see any results in the main application. However, these tests - when done purroperly - dramatically increase quality and stability of the whole app. So to enforce a testing strategy I have certain powers over the programmers as well 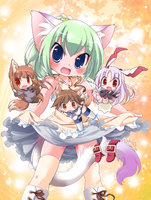 My son wrote test software for IBM servers. The new servers have to be able to run any software that has been used on an IBM server. Not easy to do.

by oldwrench
Had a good time at Anime detour. Bought a model of Spike Spiegel's Swordfish fighter ship from Cowboy Bumblebee. It should be fun to build. It comes with figures of Spike, Jet and Faye. Painting them will be fun.

My son got me an art book of the anime Porco Rosso, and JH was there and he got me a golden gundam model when he was in Japan. I'll put picts up when I get it built.

At the Charity auction I bought a 256gb drive of all the latest anime music videos from the AMV site. Over 9000 amvs on the drive. I'll add that to the over 900,000 on the 5tb drive I got from the site a few years ago.

JH is doing well, and I told him to stop in and say hi to everyone here.

by oldwrench
I said I would post picts of the golden gundam JH gave me. 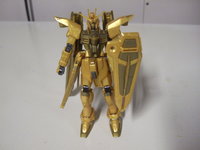 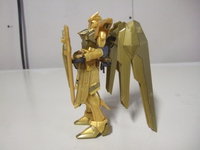 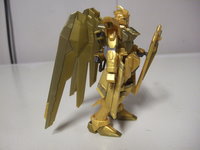 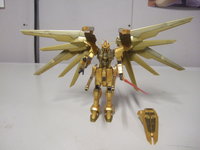 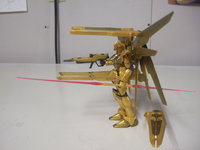 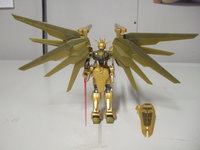 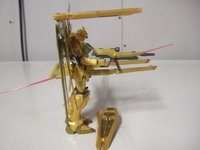 by oldwrench
Still looking for the little girl in frills and cat ears to scold me. 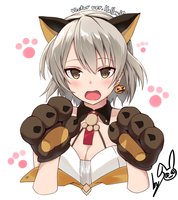 by oldwrench
Easter weekend and very nice weather. We haven't had that in a few years. I'm sure it is making people around here happy.

Bummer that Notre Dame burned like that. I feel bad for the French people. Nice thing is there has been so much aid pledged to restore the building. It was a national treasure.

by Sakura
Mew mew, it's sunny but cold outside so I stay inside and call alot of people on my phone.

Oh this topic is "good things" so I have to share the good news: I'm on the first diet in my life

after struggling with my missing appetite for almost a decade. Almost wishing back the "good ole times"

by oldwrench
Nice to hear you need to diet, like the rest of us common folk. I finally figured out why I couldn't log on to the main page. I found the e mail from 2006 with my password, I had one letter wrong, g instead of q. I zm getting this new laptop set up, hope it works as well as the old one did.

by Sakura
Ah thanks for reminding me of removing the users from our main website and deleting their information. This old thingy isn't exactly "well purrrotected" and I don't want to lose the database with the un-salted password hashes. It's better to not have them in the first place.

I showed you the new "evolved" system but it's far too much work due to the large gap in technology. Also the demo I showed you was hosting German text. There are actually 5 generations between the current and our old system so I would have to convert and re-upload everything

by oldwrench
Cute new avatar. That's Ochaco Uraraka from the anime My Hero Academia. She is one of the student's in the hero academy. Her "quirk" ability is to make things weightless. She isn't a catgirl in the series, but sure is cute in that picture.