Stories posted here will be copied to the Fan Fiction page. Please only submit your own work.
Post Reply
144 posts

Ok, I'm back to the future worlds of the Earth Empire. There are too many stories left unfinished at the end of the 5 Min RPG. There was the beginning of a second RPG, but it died before anything was answered. I'm going to try to rewrite the second story. I'm afraid I'm not going to follow the RPG very well though. Hang on and we'll see where imagination can send our intrepid pilots. The Empire is a big place.

Well, time to check in on more of the pilots from the 427th. Not all of the pilots are going to show up in the new story, some didn't recover or moved on to other professions, but there will be enough. It's going to take a few chapters just to get them back into the story though. We have a few months to catch up on. The last couple hundred chapters only covered a couple weeks.

Well, on with the story.

Ben sat next to Megumi as they waited for the shuttle. He thought back over the last few months. Megumi invited him to come with her to her family’s orbital colony, since he couldn’t return to his home planet due to its distance away. Ben was more than happy to visit Megumi’s home, and not just because he wanted her to teach him more of her fighting techniques. Her family hadn’t been overly receptive of the foreigner, at first. Her father had been cold and formal, her brothers were openly hostile, refusing to greet Ben. Their attitudes began to change the first time Megumi brought Ben to their dojo. When Megumi introduced Ben to her older brother, Seiji decided he was going to teach this big blond foreigner not to mess with one of their women. He snapped a hard kick to Ben’s side.

Seiji backed up, damn, that had been like kicking a tree trunk. He wasn’t about to be made to look bad by some untrained ape, even if he was the size of a gorilla. He jumped with a spin and lashed a kick to Ben’s head.

Now Ben might have been slow at book learning, mathematics, navigation, tactics and such, but when it came to physical training, he was anything but slow. The bit of training Megumi had given Ben on board the Krikav prepared Ben for the attack. He snapped up his arm to block the kick and caught Seiji by the ankle. Ben held the surprised young man off the floor by his ankle. “I told you, that isn’t nice. Now, I don’t want to hurt anyone, but, if you insist I’m sure I can oblige you.”

Seiji’s two brothers stepped up to help and Megumi stepped between them and Ben, she wasn’t going to let them gang up on Ben just because he wasn’t of Asian descent. She didn’t have to intervene. As Ben set the young man down, Seiji motioned his brothers to step back. He’d been defeated, now he had to reevaluate his opinion of his sister’s friend. He turned to Ben and made a formal bow. “My apologies, Ben Wolfman,” Seiji told him. “I allowed my prejudices to overrule my reason. “

Ben looked blank of a few seconds, then he got a big smile on his face, “well, that’s ok then, as long as it’s fair and all. I just wish you’d warned me about that prejudice thing though.” It didn’t take long for the brothers to gain a respect for the big man, and even Megumi’s father was soon won over by Ben’s infectious good nature.

The time had been the best in Ben’s life, the practice in the dojo and the time spent with Megumi exploring the orbital colony. They had been happy till they both received the orders to return to the EDF base for reassignment. He felt Megumi’s small hand slide on top of his. “Maybe we’ll be transferred to the same outfit,” he told her, hopefully.

Megumi sighed, “not likely, Ben. With all the bad press, because of Mar Sara, they’re going to separate us and send us to the remotest outposts. They don’t want any of us to talk with the media. They can’t have any of us together.”

Ben could hear the catch in her voice. He really didn’t want to be separated either, not for the two years left till he could get out of the military. He cleared his throat, there was something he wanted to ask her……. Something important…….. He just didn’t know the words to use. “Um….. Megumi, I ….. ah….. would you, um……….. I’d like, um………” Suddenly the public address speaker broke in with a loud announcement that their shuttle was now boarding. People all around them began getting up and gathering their things.

Megumi squeezed Ben’s big hand as they got up to join the lines moving toward the shuttle. She had a suspicion of what it was Ben wanted to ask……. He would get the chance again, when the time was right.
Dogs have owners, Cats have staff

I'm working on the story, life has been a bit hectic the last couple weeks. I have a bit more coming over this weekend, then maybe I'll get a chance to get back to the story.
Dogs have owners, Cats have staff 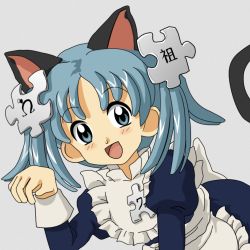 I'm at the book already. Hiki agreed to make a cover sheet for the first book. I wonder where she's at. Hiki meowwww?

I'm sorry... Uni has been kicking my ass recently so by the time I get home I sit in my chair and do nothing. I have a lot of things I ought to be doing, so it's going to take a while longer.. Especialy because I can't draw robots to save my life~ :D
Don't feed me violins.
Top

No need to rush things, Hiki. Studies come first. You don't need to draw any mechs, I can maybe do something for that, or maybe Zera could. I was thinking a group of the main characters, like posing for a group picture would work nicely. If you could do the people, I can maybe make some kind of background and past your art on top of it.
Dogs have owners, Cats have staff

Remember I prefer kitten over any number of mechas

I've been trying to get some writing done, but real life is getting in the way. This is a bit of a short chapter, but it sets the back story for a couple more of our characters. Seems they are being recalled, but where are they going to end up? Is the military going to spread them over the far corners of the empire? That would seem the best way to get them away fro the controversy. Or maybe they are going to be brought in for a court-marshal. They each seem to have some problem bothering their lives. Well, maybe we'll find out as things go on.

Kaze sat, cross legged, on a rock as the cold waterfall poured down over his naked body. He held himself motionless as he tried to find his mental center of balance. He fought to keep his mind empty, but it was useless. He stood up and cursed. Coming back to the militia colony had been a mistake. The elders still didn’t understand his reasons for joining the EDF. They still looked on him as a deserter. They couldn’t see that their very existence depended on the protection of the empire. Without the freedom allowed by the central government, the paramilitary militia communities would be destroyed. The elders still preached their hatred for and withdrawal from the “oppressors”.
Kaze pulled on his white robe and fastened the blue sash. When his orders had come to return to the EDF base, he’d told the elders that he must return. They insisted that he stay in the community, that if he returned to the EDF he could never come back. He tried to explain to the elders why he had to return, that if he failed to return he would be a deserter and the EDF would come to arrest him. The elders told him the militia would not allow the EDF to take him. They were fools, and Kaze let them know it. In the end, they took away his last reason for staying. They took away Nyanne. She had been promised to him when they were only children. They’d grown closer with each year, but now, the elders judged him unfit to father children for the clan. Kaze expected Nyanne to oppose their decision, to fight for what they had, but she had meekly agreed to abide by the wisdom of the elders. Wisdom? Was it wisdom to destroy the whole militia for one man? They were senile, they had the wisdom of a stone. They had sealed his fate by bonding Nyanne as the second wife of one of the older men of the clan. Kaze had nothing left to live for.

Rose finished packing her bags. She was reluctant to leave, she felt more at home here than she ever had before. After the excitement of their return From Mar Sara had passed, Rose had tried to make contact with Dominic, but no matter what she tried, she couldn’t find him. In the end, she had decided to try to find Johanna’s family….. her own ancestral family, in the Russian territories on Earth. She had felt a bit of fear deep inside when she stepped out of the train into that quaint old city. She didn’t know what she could say to Johanna’s parents.
Rose’s fear was unwarranted, Johanna’s smiling parents met her at the train station. Johanna’s mother embraced Rose as if she had been her long lost daughter. And more than that, there were more than a dozen members of the Kerlov family waiting to greet her. Rose was the first of the family members from the Americas that had returned to the place of their origins. The family was hoping that this may be the start of a reunion that most members felt was far too long overdue. Rose soon felt like she was part of the family. When her orders came to return to the EDF, Rose felt reluctant to leave. The whole family turned out to see her off, and she was given more gifts than she could fit in her duffle bag. But there was a reason she was drawn back to the EDF, she had to find Dominic.
Dogs have owners, Cats have staff

Still no cover. I can put the book as e-book on issuu.com instead, sounds good to you? Even without a cover?
What do you call a dinosaur with an extended vocabulary? A thesaurus.
Top

That would be fine by me, Maybe someone would think it's worth reading.
Dogs have owners, Cats have staff

Some mistakes are too much fun to only make once.
Top
Post Reply
144 posts